Chinese equities – are investors ignoring the free lunch from diversification?

Each day now brings further news of the spreading coronavirus and its impact on communities and economies. Lockdowns now affect over one third of humanity and we wonder what may come next. Among all this there are occasional positive signs: notably from China. Incremental COVID-19 cases there have declined significantly, with most now imported. People remain cautious, but life has started to return to normal – even the shutdown of Wuhan, the origin of the virus, is being eased.

The unique way the Chinese system operates has greatly helped manage the virus outbreak. Western countries don’t have the technological capability or social compliance to implement such extreme lockdowns.

As a result, Chinese equity indices have recently significantly outperformed global markets, both developed and emerging. In addition, Chinese investment managers have continued to outperform during these turbulent markets. In short, China offered material diversification benefits recently just like it did from 2007 to 2009.  The low correlation of Chinese equities with other regions is well-documented. But why is this? In our opinion, a fundamental reason is the unique shareholder base that has different motivations to shareholders in other countries, both in developed and emerging markets.

The following chart shows the foreign ownership of mainland China securities; it has increased significantly but remains barely above 3% of market cap. The remaining 97% are local shareholders who are largely restricted from investing offshore; they have different objectives to Western investors and their perception of risk differs too. 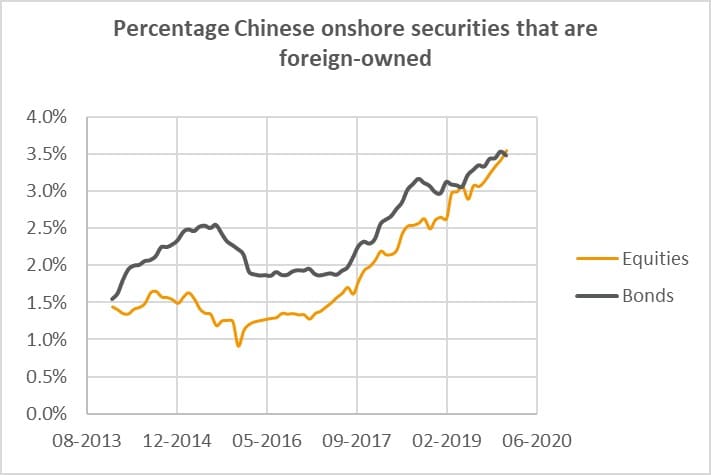 We believe this will change over time as the foreign shareholding increases. However, it depends on many factors such as the pace of reform of Chinese markets, adoption by global asset owners, index providers and fund managers. 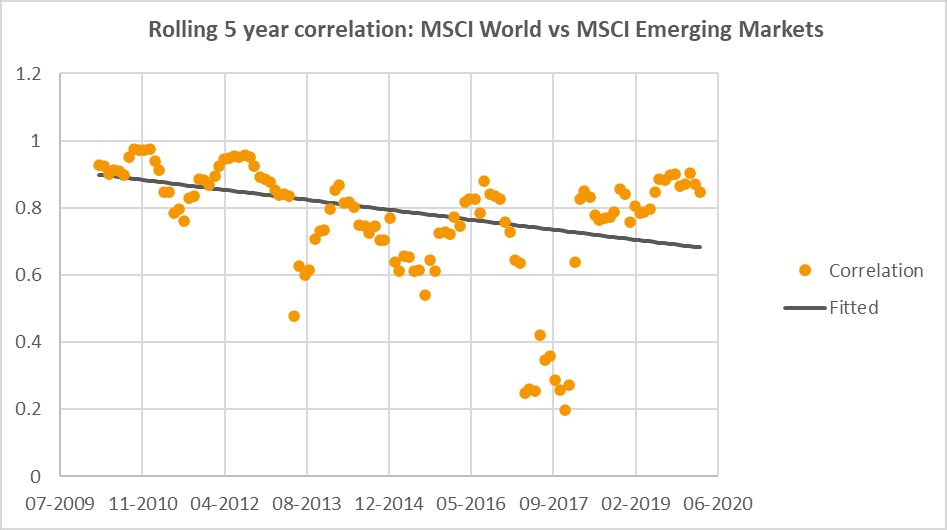 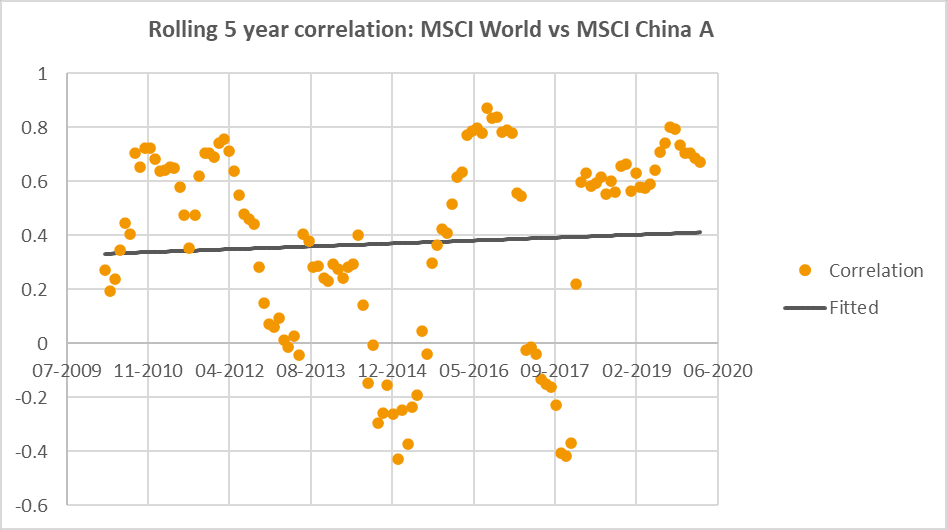 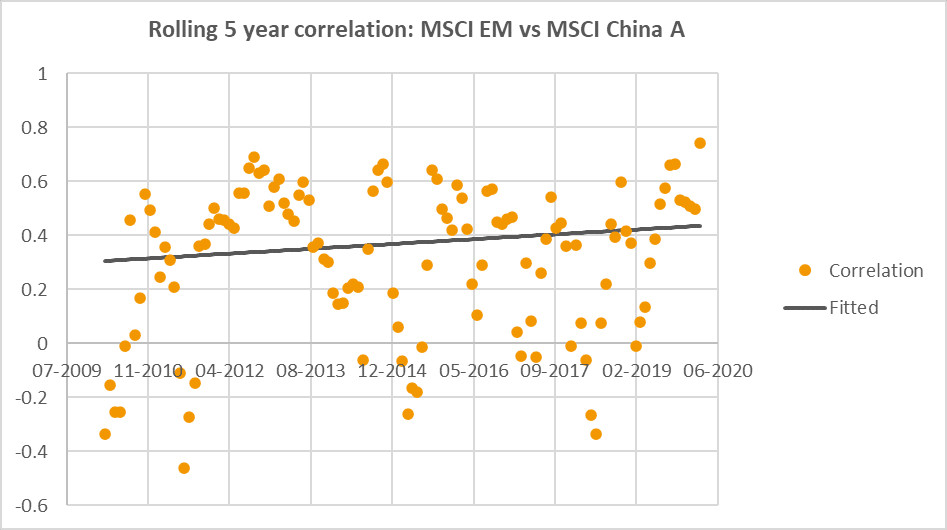 Furthermore, the make-up of Chinese shareholders is very different. Almost half are retail investors. Many, if not most, local asset managers are still guided by short-term performance. This means that prices are driven far more by sentiment and speculation than underlying fundamentals of companies. This i creates a different pattern of returns, albeit with higher volatility.

Next, the Chinese state attempts to manage all aspects of the local economy.  We recognise this as a double-edged sword: centralised management means that the country can achieve objectives that are nearly impossible for others – for example around infrastructure or regulatory changes – but policy mistakes do happen and can be costly.  The management of financial markets is no exception.

Just like many of the world’s investment policies are dictated by the US Federal Reserve and European Central Bank, the Chinese are affected by what their central bank does. Over the last decade, China has implemented both extremely tight and loose monetary and fiscal policies in pursuit of a stable economy.  This has caused shorter and sharper market cycles that can be completely unrelated to what is happening elsewhere in the world.  Unconventional measures may also be used, like influencing the activities of state-owned asset managers to prop up stock markets. When mistakes are made, having ‘executive control’ allows the Chinese government to respond to policy mistakes quickly. Examples include the circuit breaker mechanism and stock suspension rules in 2015/2016 and economic deleveraging in 2017/2018 which were implemented to correct earlier policy errors.

The last pillar, perhaps most important in the longer run, is the Chinese economy, fed by its large population. There are more than 5 000 Chinese companies listed on the mainland and internationally that benefit from this large population, which is well-connected through technology and roads and railways, with a fast-growing middle class, a steady trend towards urbanisation and with that substantial domestic consumption. Many of those 5 000 companies only focus on domestic business and have little exposure to overseas markets. The vast domestic market presents them with incredible growth opportunities.

All this means that China can press ahead independently and impact the world in a way that currently only the US can.

A recent conversation with a Chinese asset manager revealed just how the consumer is increasingly the main driver as opposed to exports, which now only account for 17% of China’s GDP. The average youngster has not wanted to work in a factory for more than ten years now. JD.com and New Oriental Education & Technology Group, representing China’s new economy, recently announced the recruitment of 20,000 delivery riders and 5 000 teachers respectively.

Investors may not be aware of quite how differently China performs –its economy and financial markets.  Every investor seeks diversification and we believe that China has much to offer to improve the risk profile of an equity portfolio. Ignoring it, or lumping it in with the emerging markets allocation, leaves a tasty free lunch uneaten at the table.

This article was originally published online by Pensions Expert.