Economic activity has started to normalise around the globe, despite renewed localised lockdowns to contain virus outbreaks. The unprecedented global policy response, vaccine hopes and an apparent easing of tensions between the United States (US) and China have boosted risk assets. The MSCI World closed 6.68% higher in US dollar terms. US stocks were the leaders amongst developed markets, with Wall Street recording its best August in 36 years.

The S&P 500 soared 7.19% higher. Technology stocks were amongst the big gainers, as the Nasdaq delivered its best monthly performance in 20 years, closing 9.59% higher. Apple was the Dow’s best-performing stock for the month as its long-awaited 4-for-1 stock split took place and its market capitalisation has exceeded $2 trillion. Tesla saw a similar surge as investors snapped up the electric car company on the back of a 5-for-1 stock split announced earlier in August. Shares in e-commerce giant Amazon also rose after the US Federal Aviation Administration (FAA) approved plans for the use of drones in the company’s Prime Air delivery service.

“As an interesting aside, US tech stocks are now worth more than the entire European stock market in market capitalisation terms, according to a recent note from Bank of America.”

Meanwhile, although Europe has agreed to a historic recovery fund, talks on the US fiscal package have seemingly stalled. Some key benefits have already expired, and several states are facing budget shortfalls. The Republicans and Democrats failed to reach an agreement in the US Congress about the form or size of the second stimulus check. Both the Senate and the House of Representatives are now on a break until 8 September. The impasse on Capitol Hill is reminiscent of other budgetary stand-offs in the past.

Democrats want to extend the weekly $600 emergency benefits, but Republicans are proposing a far lower benefit of $200 per week. Unlike other displays of political brinkmanship, however, this stand-off has high stakes, as 25 million US citizens who stopped receiving benefits now struggle to make ends meet in a post-lockdown recessionary economy.

Meanwhile, the US dollar weakened further as investors await a resolution to the impasse, and as the US Federal Reserve Bank (“the Fed”) signals that rates will be lower for longer. Fed chairman, Jerome Powell, speaking from the annual economic symposium out of Jackson Hole, Florida, said that the central bank will now target an “average” of 2% inflation. Moving away from a fixed target gives the bank more flexibility and allows it to keep interest rates lower for longer in a bid to stimulate growth and tackle unemployment. The dollar weakened on the announcement. The US interest rate cuts have eroded the differential between the US and other developed economies, making the traditional safe-haven currency less attractive. The dollar index, which measures the greenback against a basket of six developed market countries, has fallen 7% in the past three months, leaving it at its lowest level in two years.

“The disparities between the European Union and the US in their handling of the pandemic, as well as prospects for post-lockdown growth, have likely compounded dollar weakness, and the cross-currency rates have shifted significantly in favour of the Euro.”

Emerging Markets have for the most part not seen the same level of appreciation against the dollar. The Brazilian real is 25% weaker and the Russian rouble is 10% weaker since March 2020. The South African rand got off relatively lightly, depreciating 5.7% over the same period. The local unit has been clawing back ground in recent weeks.

European stock markets were also mostly higher, and the STOXX All Europe gained 3.7% for the month. News regarding additional stimulus in Germany and anticipated economic recovery measures in France outweighed concerns about rising COVID-19 cases across the continent. European leaders have also vetoed suggestions of renewed strict lockdowns that would hamper the nascent economic recovery. The DAX led the European bourse higher as the German government agreed to extend its coronavirus stimulus relief in a bid to see Europe’s biggest economy through the crisis. The package includes a short-time work programme, in which government tops up pay for workers who lose hours due to the pandemic, and this has been extended until the end of 2021. French Prime Minister Jean Castex has announced that France will also unveil an economic recovery plan at the beginning of September.

“Global investors have drawn hope from the Chinese experience. Chinese economic data have been largely positive.”

The Caixin/Markit manufacturing PMI for July (the latest release date at the time of writing this) came in at 52.8, indicating continued expansion. The non-manufacturing PMI rose to 55.2 in August, signalling the fastest growth in the service sector in two-and-a-half years. Industrial production picked up by 4.8% and fixed investment by 8.3% year-on-year in July. All indicators point to a steady return to growth. For August, Chinese A-shares rose 4.1% and the MSCI China rose 5.6% in US dollar terms.

It has been a bumpy month for South African investors, as the SWIX closed just over 1% lower and property stocks lost a further 8.8%, as measured by the All Property Index (ALPI). Other fixed income assets outperformed, with the All Bond Index (ALBI) inching 0.89% higher and Inflation-Linked Bonds (ILBs) gaining a solid 3.9%.

Although the country has moved to lockdown Level 2 and the rate of new infections appears to be declining, the economy remains in the doldrums. An August survey by management consultants Redflank found that over half of businesses in South Africa continue to operate under reduced capacity.

“Perhaps of even greater concern is that, on average, respondents said that they are planning to retrench another 11% of their staff in the next six months.”

The biggest retrenchments to date have come from small and micro-businesses and medium-sized firms.

The food, hospitality, personal care, recreation and accommodation sectors have been particularly hard hit as many of these businesses were only allowed to begin operating under lockdown Level 3 and are still struggling to regain their client base. Survey respondents in the survey are not optimistic about prospects and indicated that they would need over four years to dig themselves out of the current economic hole. The second quarter GDP figures have not yet been released, but a Reuters poll of economists predicts an annualised 44.5% contraction in the April-to-June quarter. On a more positive front, local Purchasing Managers’ Indices (PMIs) have been recovering nicely. The Absa Manufacturing PMI reached 57.3 points in August, from 51.2 points in July. The IHS/Markit Composite PMI improved to 44.9 points in July (the latest release). It remains in contractionary territory, confirming that the road to recovery will be long and bumpy. While growth is predicted to recover in the third quarter, the forecasted 18.6% rebound will still leave the economy in tatters.

“In share price news, petrochemical giant Sasol released its annual report for the year-ended June 2020. In it, the company reports paying its former joint presidents and chief executives about R96 million in benefits and golden mutual separation packages.”

This as the company’s debt profile remains at risk due to project and cost overruns at the Lake Charles Chemical Project (LCCP). Its costs have ballooned to nearly $13 billion from an estimated $8.9 billion. The company has struggled with a debt of R190 billion for the year to June 2020 and has had to come up with significant measures to raise funds. This includes an intended rights issue in the second half of 2021. LCCP, which was recently started, has been hit with shutdowns due to Hurricane Laura in the United States (US). Given the company’s troubled recent history, some backlash to the announcement of the executive packages was to be expected. The Industrial Development Corporation (IDC) has slammed the packages as being exorbitant and, as one of Sasol’s largest institutional shareholders (8.5%), is reportedly exploring its options on how to handle these golden handshakes. Sasol’s share price is down about 50% for the year-to-date but remained remarkably steady during August despite the negative news flow.

Mining counters lost considerable ground on signs that the tightness in global iron ore markets is easing. Anglo American and Kumba Iron Ore declined 3.3% and 3.5% respectively. Although demand for safe-haven gold is still strong, it has ebbed and flowed during the month. While some goldminers, like Sibanye Stillwater have done particularly well (up 6.4% for the month), others were lacklustre. Index giant Naspers took the bourse for a bumpy ride this month, partly on fears regarding the extent of the proposed US ban on WeChat (which impacts Chinese parent Tencent). At mid-month the share price had fallen 6.4%. Reassuring news from the White House, however, saw the counter recover to close only 1.7% lower.

“Corruption was in the spotlight again in August, with President Cyril Ramaphosa taking a hard stance against those who abused their positions of power for personal gain. In an open letter to his party, he called for members to take a strong stand on the corruption issue.”

His letter was met with considerable backlash, with ex-president Jacob Zuma amongst those leading the call for Ramaphosa to step down. In light of the allegations of massive Personal Protective Equipment (PPE) tenders being awarded to inexperienced politically-connected people, the African National Congress’s National Executive Committee (ANC NEC) held a meeting at the end of August to discuss how these matters would be handled. Part of the discussion was a proposal that any ANC member implicated should stand down while being investigated. The motion, however, is unlikely to be passed. Moreover, the ruling party appears to be split between the known pro- and anti-Ramaphosa factions. Any doubt regarding the President’s clout will further muddy the political waters. 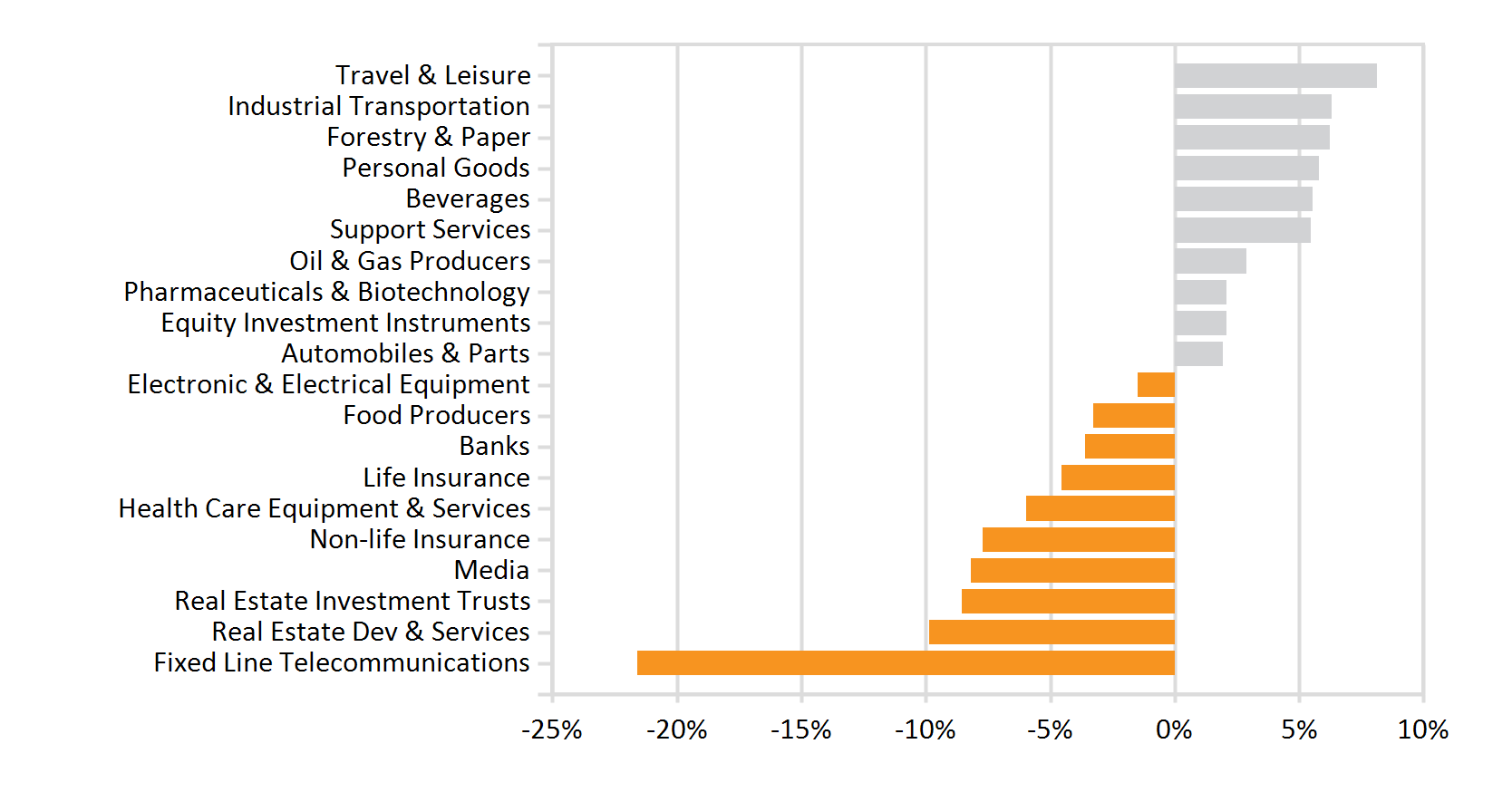